From Southern Living Plant Collection
Rated 3.00 out of 5 based on 2 customer ratings
(2 customer reviews)

The new Emerald Snow Loropetalum from the Southern Living Plant Collection is the perfect choice for any size of yard or garden. Growing only 4-6′ tall and 3-4′ wide, these dense shrubs produce a layered growth habit that requires little to no pruning. Combining lustrous green foliage with multitudes of delicate white flowers in spring, the Emerald Snow creates a floral display that is reminiscent of a vibrant green bush coated with a light blanket of snow. After an initial bloom in Spring, occasional blooms will occur through summer and fall. This hardy dwarf semi-evergreen is particularly impressive as a mass planting and will be sure to draw attention as an elegant accent plant. Planting in full sun to part shade will allow for the Emerald Snow to perform to its full potential.

How to Space Your Emerald Snow Loropetalum

For a seamless planting, plant your Emerald Snow Loropetalum 2 feet apart. Otherwise, space them 5+ feet for gaps between plants. 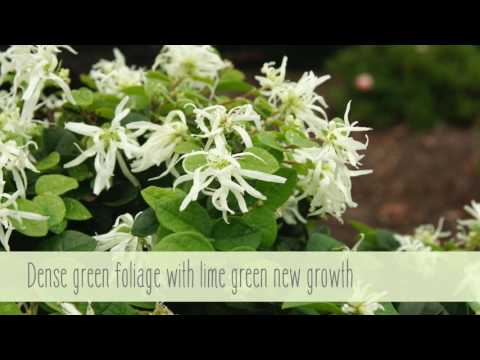