Krossa Regal hosta is a herbaceous perennial that features frosty-blue green foliage that grows in a vase-like habit. The upright growth habit and unique color make this hosta a favorite among gardeners for shady areas of your garden.

The hosta foliage is accented by pale lavender flowers atop 5-foot tall stalks. This flowers appear in mid to late summer. The flowers are not fragrant, but they have been know to attract butterflies, hummingbirds and songbirds. Some gardeners choose to cut back the bloom stalks in order to encourage foliage growth, which is where hosta really shine.

This shade loving perennial gets tall for a hosta, maturing to 3′ high by 3′ wide. Its vase shaped mound is unique to hostas, which traditionally drape when mounding. Plant in full shade to shade and use it in containers, under shady tree canopies or along forest floors, really anywhere shade is prevalent. Light shade to shade is best for retaining its frosty-blue green color, more sun can result in stress to the plant.

Hostas, in general, prefer evenly moist, organic-rich, well-drained soils. If grown in fairly fertile soil, you don’t need to fertilize it. If you want to use fertilizer, choose a well-balanced fertilizer during the vegetative period. No pruning necessary, but remove yellowed, dead, or damaged leaves. Also, you can deadhead stalks after the blooms wilt.

We suggest spacing Krossa Regal Hosta 24″ apart to create a dense look or space 36″ or more apart to allow space between the plants. 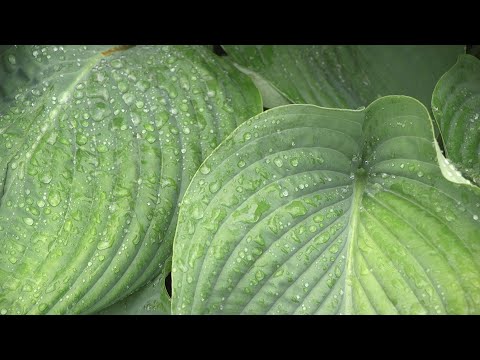