This fruit is quite plentiful. Traditionally, fruit from the second year’s growth is slightly larger than fruit from the first year’s growth. These blackberries are quite tasty. They’re outstandingly flavorful but slightly less so than the delectably flavorful Osage Thornless Blackberry. Furthermore, they’re notably sweet but slightly less sweet than the decadently sweet Navaho Thornless Blackberry. Expect these berries to start ripening from mid to late summer.

This variety has an upright growth habit. Therefore, it doesn’t spread naturally. However, branches that touch the ground can sprout roots.

The Prime-Ark Freedom Thornless Blackberry matures from 5-6′ H x 5-6′ W. So you can look forward to some considerable harvests once it has reached maturity.

This Blackberry is perfect for the Southern U.S. due to its impressive heat and humidity tolerance.

*The Prime-Ark® Freedom Thornless Blackberry is a deciduous/semi-evergreen plant and will go dormant during the winter months. When this plant is ordered during the Fall/Winter expect seasonal foliage decline(discoloration, spots, leaf drop) or the plant to arrive completely dormant.*

The Prime-Ark Freedom Thornless Blackberry is hardy from USDA Zones 6-10. It will go dormant in winter and return with new foliage and growth in spring.

Plant in Full Sun for best results. Blackberries need a lot of sun to produce berries.

This selection tolerates many different types and qualities of soil, including clay soil!

Fertilize with an organic balanced fertilizer in early spring for best results.

We recommend 5+ feet of space between Prime-Ark Freedom Thornless Blackberry plants. This gives you plenty of space to pick the berries, as well as for sunlight to reach the leaves. 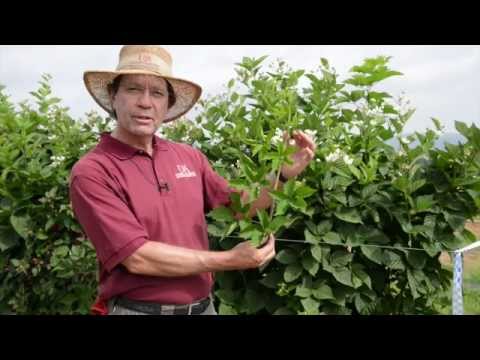