The leaves are spear-shaped and grow in groups of three, with deeply serrated edges. This foliage grows rather quickly and is an attractive addition to the landscape in its own right.

The Osage Thornless Blackberry features an upright growth habit that matures to 4-5’ H x 3-4’ W. Therefore, a full-grown specimen produces quite a bounty of berries.

This is a Floricane variety, which means that it fruits on the second year’s growth. For this reason, it’s important not to trim this shrub in early spring. Instead, wait until right after you harvest your berries to prune it.

*The Osage Thornless Blackberry is a deciduous/semi-evergreen plant and will go dormant during the winter months. When this plant is ordered during the Fall/Winter expect seasonal foliage decline(discoloration, spots, leaf drop) or the plant to arrive completely dormant.*

Hardy in USDA Zones 6-10, down to -10°F once established. Furthermore, this is a deciduous plant that goes dormant every winter.

Blackberries need plenty of sunlight to produce fruit, so plant them in Full Sun.

The Osage Thornless Blackberry tolerates most soil types and qualities. It even tolerates clay soil!

Fertilize a couple of times a year starting in early spring with a balanced organic fertilizer.

Plant Osage Thornless Blackberries 1.5-2 feet apart to create a seamless hedge. However, we recommend spacing them over 3 feet apart to promote ease of access when it comes to picking berries. 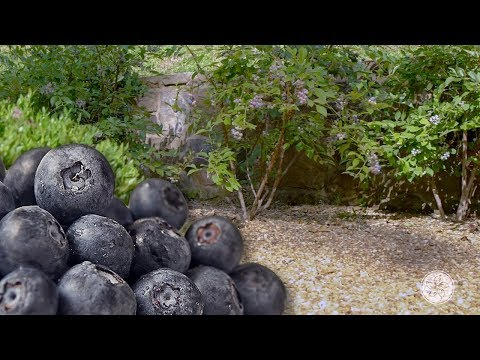